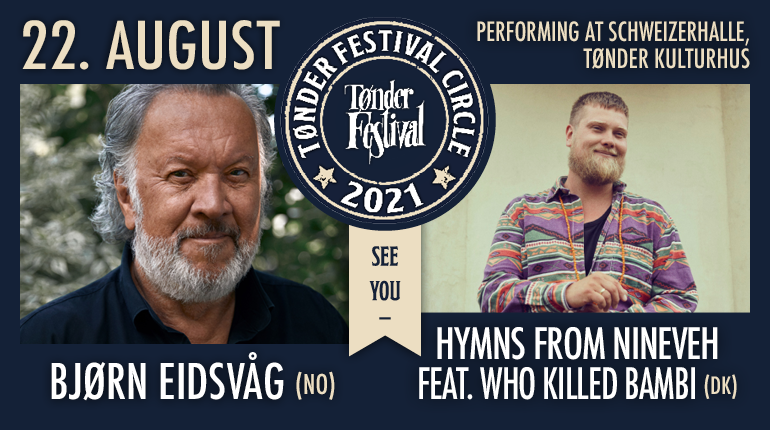 On the bill this evening Bjørn Eidsvåg and Hymns from Nineveh feat. Who Killed Bambi

The Norwegian songsmith Bjørn Eidsvåg has a large following in Denmark, while in his homeland he is one of the best-selling recording artists. His lyrics touch on existential matters, such as faith and doubt, and he can deal with big questions in simple, accessible songs. He has often been described as the thinking person’s songwriter, his music inspired by folk, rock and the ballad traditions, with input from bossa nova, soul and jazz. Bjørn Eidsvåg was born in 1954 and is an ordained minister. His most recent album is Tabt Paradis (Paradise Lost) from 2020.

Hymns From Nineveh and Who Killed Bambi (DK)