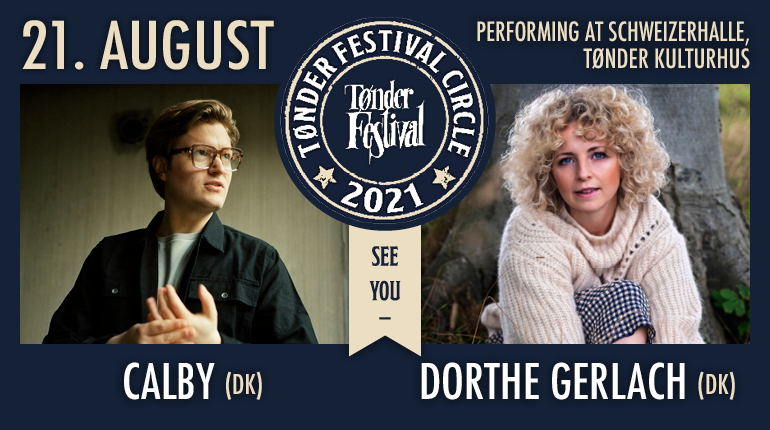 On the bill this evening: Calby (DK) and Dorte Gerlach (DK)

Calby is a new Danish phenomenon in the field of soul, pop, indie rock and americana. The man behind the name is songwriter and producer Mik Thybo, who has over 15 years’ experience in the business, making music under his own name and producing for others. His live debut was in 2019. His debut album Burnout appeared in May 2021. Calby will be backed by his band.

Dorthe Gerlach (DK) In recent years, songwriter and singer Dorthe Gerlach has worked both solo and in the duo Hush. Tønder Festival’s audience have heard and seen Dorthe Gerlach several times before, and now she is back with her band and a brand-new (April 2021) EP Krigerhjerte (Warrior Heart. Besides recording and touring as a soloist, Dorthe Gerlach is also known throughout Denmark through her appearances in the TV2 programme Toppen af Poppen(Top of the Pops).