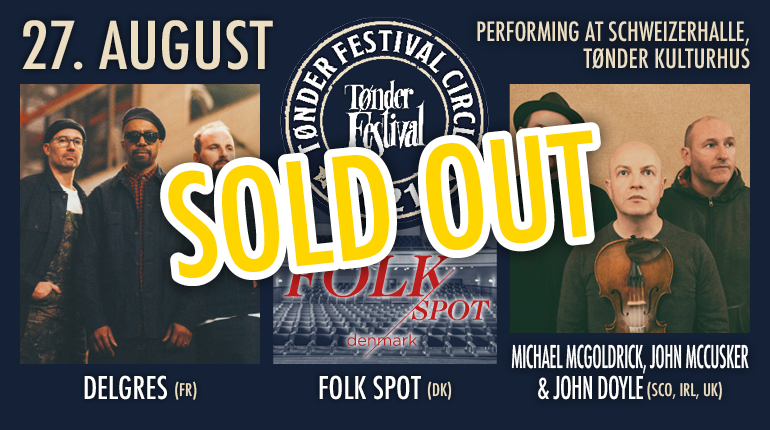 Delgres (FR)
Delgres is named for the partisan hero Louis Delgres, who challenged the power of the French in Guadeloupe at the time of Napoleon. Musical liberty is the trio’s essence, and they were soon touring hard. The style is blues, roots, New Orleans rhythm and Latin, with Pascal Danaë’s guitar at its core. Delgres’ most recent album is 4:00 AM (2021). Delgres played at Tønder Festival in 2019.

These three world stars of Scots and Irish music have played at Tønder Festival before, both together and in other constellations. At Tønder Festival 2018 they return with top flight tunes and songs. Michael McGoldrick is a founder member of Flook and has played with Lúnasa, and both he and John McCusker has toured with Bob Dylan and Mark Knopfler. John McCusker has worked with Paolo Nutini, Kate Rusby and Battlefield Band among others, and John Doyle was central to Irish-American group Solas and has accompanied celebrities as Kate Rusby, Linda Thompson and Joan Baez.