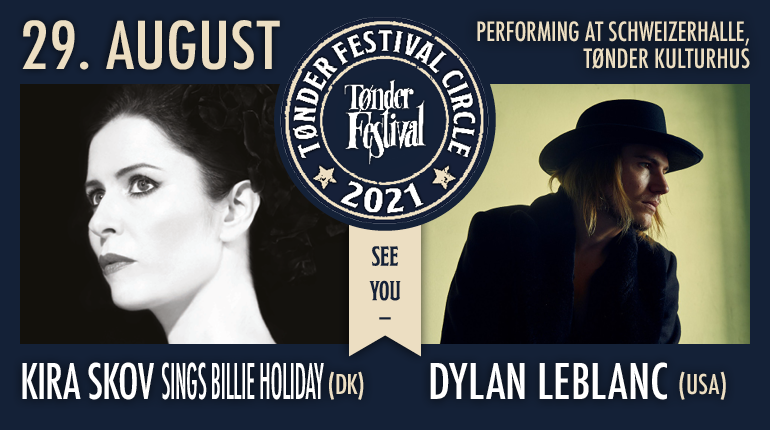 On the bill this evening: Kira Skov sings Billie Holiday and Dylan LeBlanc.

The well-established singer Kira Skov has moved from rock to jazz and on to a quiet, singer-songwriter style, with artistic integrity and a healthy curiosity. Her latest album is Spirit Tree (May 2021), with Bonnie ‘Prince’ Billy and Mark Lanegan among the guests contributing. Kira Skov often returns to rock and jazz, and this concert focusses on the latter. In 2011, Kira Skov released an album Memories of Days Gone By – an homage to the legendary Billie Holiday.

31 year-old Dylan LeBlanc has already established a name for himself as a musician and songwriter with his clear tenor voice and his melodic command of the rocky side of americana. He started  playing music and writing songs at an early age, and released his debut album Pauper Field in 2010. It and its successors gleaned good reviews, as did his fourth album Renegade from 2019. Dylan LeBlanc appears solo at Tønder Festival.