Gospel music from the reservation

William Prince's forefathers founded the Peguis tribe in Canada. His music, however, is mainly derived from gospel, country and rock.

"Folk like to call me an Indian musician, but that's not what I am."

William Prince is proud that he is descended from the founders of the Peguis people, long before white Europeans came to what is today known as Manitoba in Canada. His great-grandfather was Mis-Koo-Kinew (the English called him Henry Prince) and he ensured that the Peguis tribe had signed deeds to their land ownership.

My Music Does not Involve Tribal Culture
William Prince is weary of being lumped in with Indians, aborigines or First Nation people, which is what the Americans call the original inhabitants.

"Just because my forefathers were natives, you'll not necessarily hear the old tribal culture – powwow, drum dance, and all that – in my music," says William Prince, who has several Canadian Grammies for indigenous music and last year won a folk Grammy for his debut album Earthly Days.

"Although I grew up with Buffy Saint-Marie, who also has Canadian native roots, it was Creedence Clearwater Revival and Hank Williams that meant more to me as a young man."

Toured with his Father
Besides rock music, he was inspired by old gospel and church music. As a child and young man he toured with his father, Ed Prince, a minister, preaching and singing gospels songs on the reservation where the Peguis people live.

"To this day, there are two camps on the reservation: those who cling to the old ways, and those who have gone over to Christianity. Luckily, I have never had to choose sides," he says.

"Both sides go in for humanity and love, and that's what I support," he smiles.

"I play music not just for natives or First Nation people. I play for everybody."

Happy to be a Role Model

William Prince is pleased to see that he is used as a role model for the youth of the Peguis reservation.

"There are plenty of social problems, alcoholism and drug abuse on the reservation, so it's good if I can show that you can make something of yourself. I was a young tearaway, but now they are proud of me as I travel the world with my music."

William Prince performed at Tønder Festival in 2017 and will be appearing again this year. 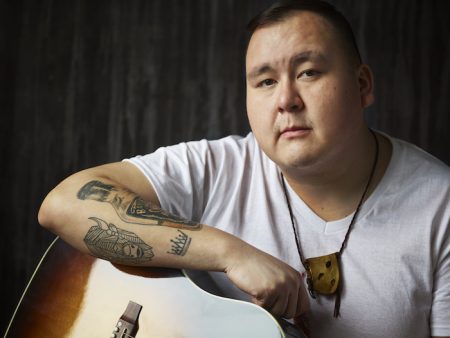