The Australian pop rock star Dan Sultan uses his status to speak on behalf of the Aboriginal peoples.

Dan Sultan is a popular rock singer and singer-songwriter in Australia. He is in his mid thirties, looks good, plays guitar and has a soulful voice. And he holds strong political views.

Last autumn, Dan Sultan took part in the tv debate programmet Q and A, in a discussion about the Australian national day, 26th January, which celebrates the day, 230 years ago, when the British fleet landed in Australia and colonised the country.

But for Dan Sultan, it's not a day to celebrate, and he said so very clearly.

"26th January marks the start of the genocide against my people," were his words.

Dan Sultan's mother comes from the original inhabitants of Australia – aboriginals as they are known today – but there are many peoples, such as the Arrente and Gurindji, Dan Sultan's people.

"Australia Day should be for everyone, but it excludes us Aboriginals," says Dan Sultan, who speaks for people who have lived in Australia for at least 60000 years.

After Dan Sultan's TV appearance, he got both hate mails and threats, which did not surprise him.

"Australia is a pretty racist country, and aboriginals are treated badly. Some folk felt threatened by what I said,” says Dan Sultan.

For a good cause
Dan Sultan wound up the tv debate by playing Kingdom from his latest record. The song starts with the words, "Tie my hands and break my bones / Take my children from my home. One of these days my kingdom come."

"I know I speak for many people, and I am proud to be fighting for a good cause," he emphasises.

Although Kingdom is an example of Dan Sultan's songs that deals with his aboriginal roots, he doesn't often mix his background and his music.

“I am a songwriter, and most of my songs are love songs," says Dan Sultan.

His normal tours are with a full rock band, and in that context, there is no trace of aboriginal culture in his music. At this year's Tønder Festival, he will perform solo, with piano and guitar. 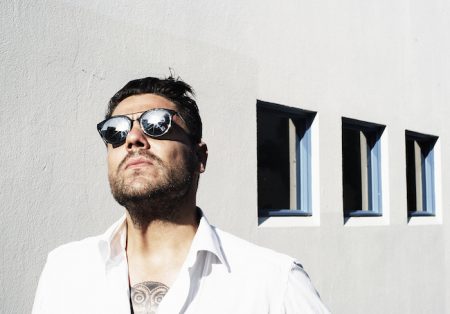