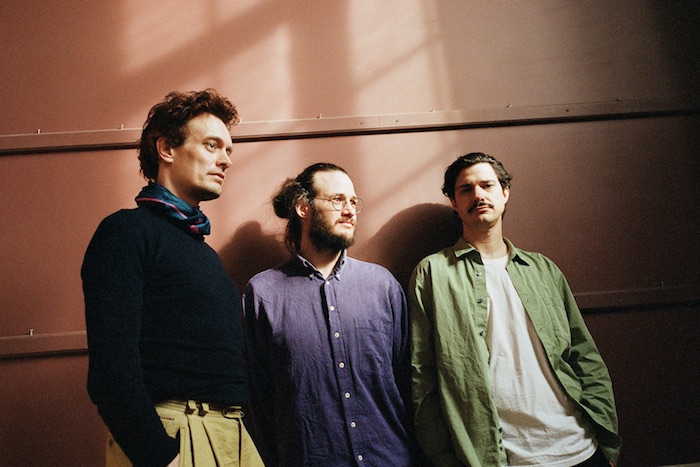 This year, Danish Music Awards Roots moves back to Tønder, on Saturday 27th November. The night before, Tønder Festival holds an exclusive concert by the Danish band Efterklang.

A weekend of music in Tønder coming up: on Friday 26th November at 8 pm, the critically praised and internationally recognised Danish band Efterklang take the stage at Schweizerhalle – Tønder Culture Centre.

The Efterklang concert precedes the Danish Music Awards Roots  (DMA) 2021 prizegiving, which will take place in the same hall on Saturday 27th November. DMA Roots 2021 will be presented by the music organisation Tempi and Tønder Festival in tandem.

Business Day Moves to 2022
A special Music Business Day was previously projected for Sunday 28th November, in connection with DMA Roots. But because of the local council elections and the uncertainty of politicians’ availability, the Business Day has been moved to coincide with Tønder Festival 2022. Information on time, place and content will follow.

An Award Evening for Folk and Roots Music
Danish Music Awards Roots 2021 will be an evening of live music and the presentation of seven prizes. Treats in store include some of the top artists currently drawing attention on the folk, roots and world music scenes:

The awards in contention are:

Danish Roots release of the year

Danish Roots track of the year

Danish Roots composer of the year

Danish Roots name of the year

See more about the live performers and the prizes at tempi.nu

Efterklang
This Danish band, founded in 2000, has glid smoothly from electronic post-rock through multifarious pop experiments and musical sidetracks to their current position as a fiendishly creative, artistically original band. Their musical daring and virtuosity has placed Efterklang in the elite of Danish music, and won them respect internationally. On October 8, Efterklang will release their 6th album Windflowers. They toured their previous album, Danish language Altid Sammen (Always Together) from 2019, round Europe, selling out such venues as Elbphilharmonie in Hamburg, Koncerthuset in Copenhagen and the Barbican Concert Hall in London, before the pandemic closed everything down in March 2020. Efterklang is Mads Brauer, Casper Clausen and Rasmus Stolberg, childhood friends from the southern Jutland island of Als. In 2021 and 2022, an extensive tour of Europe awaits.

Music Town Tønder
The chair of the Tønder Festival Foundation, Henrik Juul, says, “We are pleased to be hosting DMA Roots and proving that Tønder is a significant town in the world of music, internationally too.  Launching the event with a Danish band of world class, with roots in the southern Jutland area, is a fantastic bonus.”

About DMA Roots
Between 2001 and 2009, Danish Music Awards Folk was a Tønder occasion. Thereafter, it moved to Copenhagen for some years. In 2016, the prizegiving returned to Tønder, while in 2017, it took place in Aarhus. In 2019, DMA Folk and DMA World amalgamated, with a prizegiving in Copenhagen. The 2020 prizegiving was in Copenhagen, now entitled DMA Roots. In 2021, DMA Roots moves back to Tønder.

Tickets and Details
The Efterklang concert will be held on 26th November 2021 at 8 pm in Schweizerhalle – Tønder Culture Centre. Doors open at 7 pm. Admission is free, but you have to order a ticket beforehand. Tickets are available through tf.dk from 30th September at 10 am. The concert is sponsored by Tønder Festival Association. Danish Music Awards Roots will be held on 27th November at 8 pm. Doors open at 7 pm. Tickets for the DMA Root event are sold out. DMA Roots is run by Tempi and Tønder Festival.