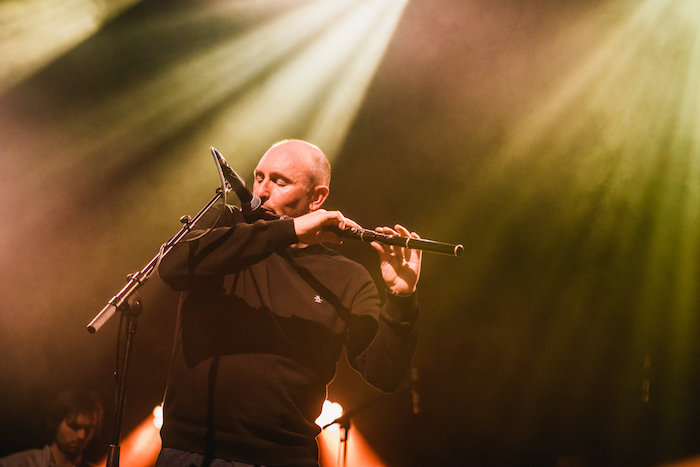 The multi-talented British musician Michael McGoldrick is a popular man with Tønder Festival audiences, and now he’s bringing a concert celebrating his landmark 2000 album Fused. Another nine soloists and bands have been added to the roster for Tønder Festival 2022, among them Tami Neilson, Sean Rowe, Anna Tivel and Hymns from Nineveh.

Originally, Michael McGoldrick was to have appeared at Tønder Festival in 2020, playing this special anniversary Fused concert. That was exactly 20 years after the critically acclaimed album blending folk, trance and world music came out. The corona pandemic put paid to all that, but now we can all look forward to the celebratory concert at Tønder Festival 2022. The music presented is from an album many reviewers have called a masterpiece. And it gives us another opportunity to see and hear Michael McGoldrick, no stranger to Tønder Festival: he was here most recently at the concert in Schweizerhalle / Tønder Culture Centre in August 2021 along with John Doyle and John McCusker.

Big Voice from New Zealand
We welcome back singer Tami Neilson, who, with her band, has enlivened several Tønder Festivals with her colourful brand of country music. Tami Neilson is originally from Canada but now lives in New Zealand.

Low-key, Intense American
From Portland, Oregon, hails songwriter Anna Tivel, whose album Questions gained praise from music critics, who called it one of the most ambitious folk releases of 2019. Anna Tivel’s colleague and workmate Jeffrey Martin comes from the same place. His songwriting has attracted accolades for its poetical portraiture of everyday small town life. Another songwriter, Sean Rowe, a well-established figure on the American music scene, is also on the programme.

Country, Classic Folk and Blues
Del Barber, who played at Tønder Festival in 2015, comes from Canada. Del Barber is among the top musicians in the younger generation of  americana and  country musicians in USA and Canada. Acoustic blues and classic ragtime are the stock in trade of Jerron Paxton from USA. In just a few years, he has won a place among acoustic blues musicians like Taj Mahal and Keb’ Mo’. Also from USA we have the folk duo Ordinary Elephant, whose album Honest from 2019 has been praised sky high.

From Wales and Denmark
The group 9Bach from Wales carry their local song traditions into a modern musical vernacular borne by the Welsh language. Popular Danish musicians are coming to Tønder Festival: Hymns from Nineveh with singer and songwriter Jonas H. Petersen.