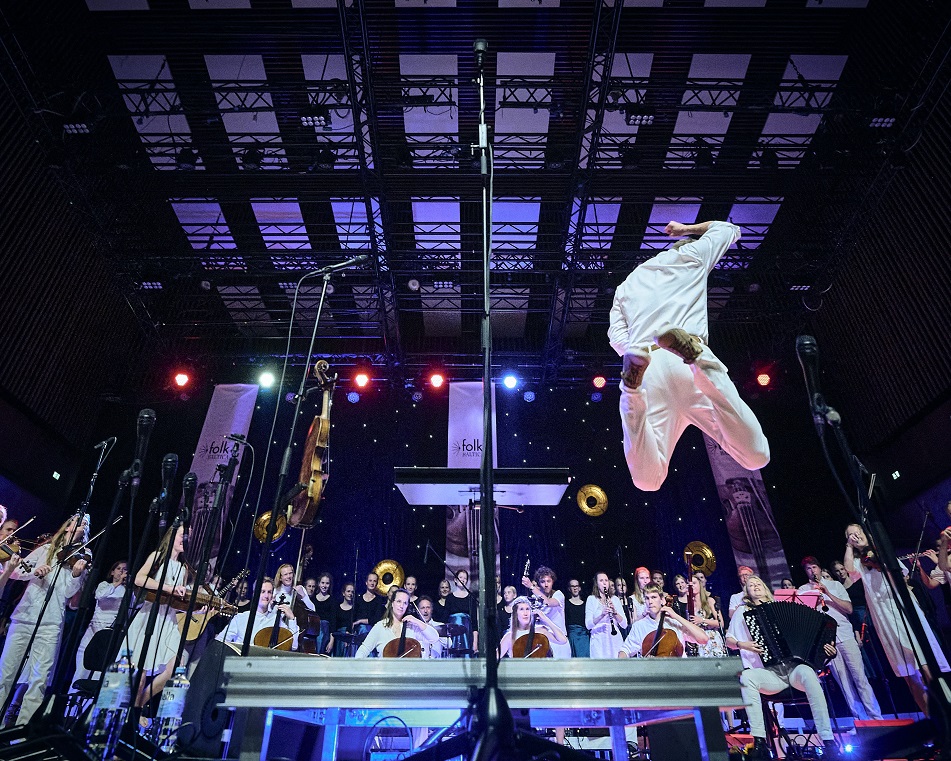 This year Tønder Festival will once again be inviting schoolchildren from the south Jutland and north Schleswig Holstein areas to a Schools Concert on the Friday forenoon of the festival.

Top quality musicians will provide an unforgettable experience for up to 5000 junior school pupils at Tønder Festival’s huge Open Air arena on Friday 26th August at 10:30 a.m. True to tradition, junior school pupils from the south of Jutland and from northern Schleswig Holstein are the invited audience at this special event. Prior to the concert, the pupils and their teachers will have the opportunity to familiarise themselves with materials dealing with folk and roots music and with Tønder Festival.

This year, the Schools Concert welcomes back the dynamic youth folk orchestra FolkBALTICA, with young musicians from both sides of the border. Numbering 50 young musicians, the orchestra plays both traditional and contemporary folk music that crosses frontiers both musical and geographical.

Also appearing on the Open Air Stage that Friday forenoon will be The Friel Sisters from Scotland, and Danish Calby. The latter is likely best known to his young audience for the radio hit Burnout, the second most played song on Radio Denmark’s P3 in 2020.

Admission to the concert is free. Schools must however arrange transport for their pupils to and from Tønder Festival.

We anticipate with pleasure welcoming music-loving pupils to a forenoon of magic music.

NB. Since the Schools Concert is intended for pupils, no alcohol will be on sale at the event.