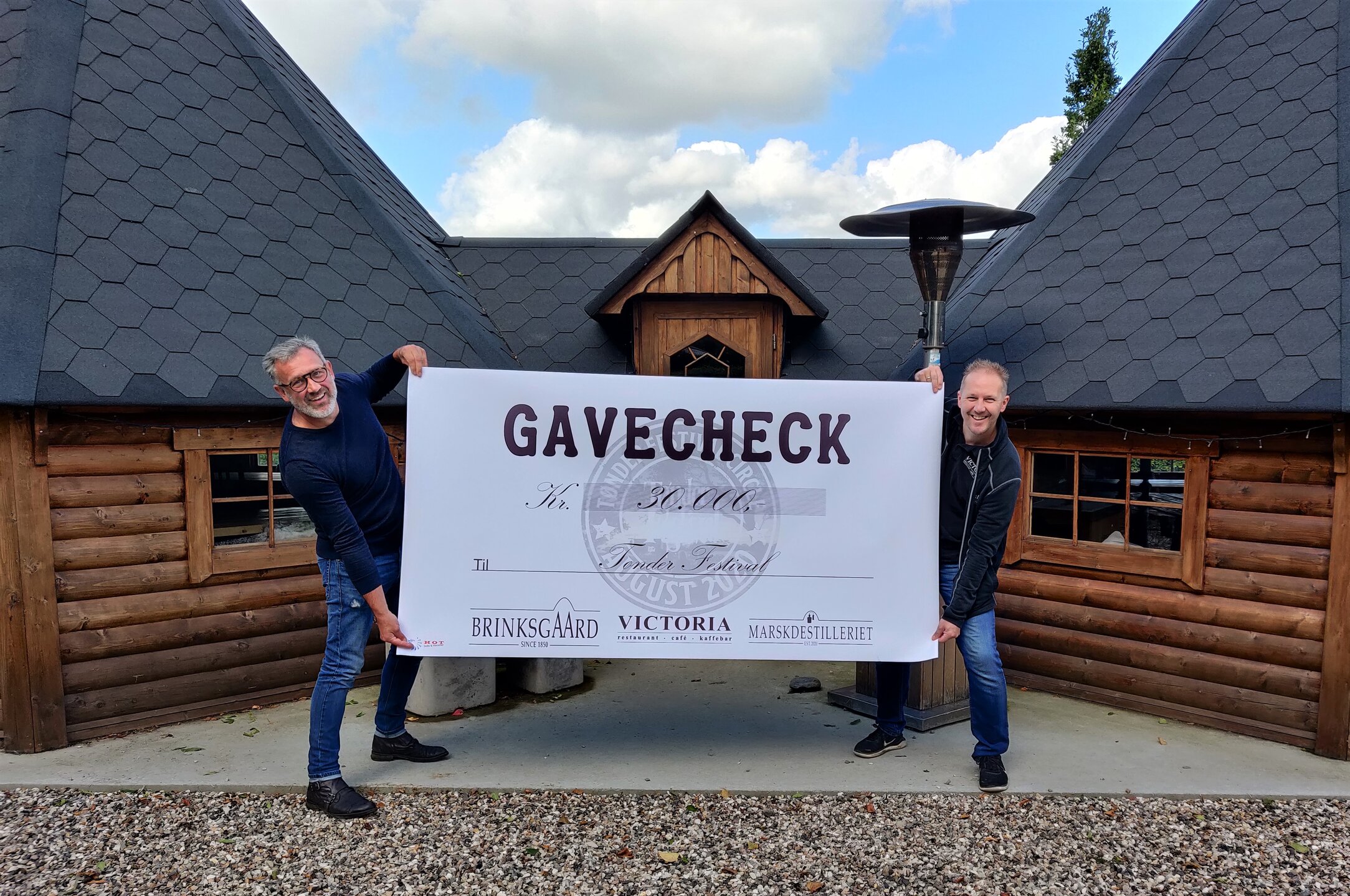 Garden parties, aid concerts, sales of festival packs, merchandise and much more have raised 750000 DKK for the Tønder Festival Foundation. “A huge thank-you for your massive support! It means everything for Tønder Festival 2021,” say the festival directors.

A slightly brighter sky has replaced the dark clouds over Tønder Festival. As we all know, the corona crisis closed down every summer festival, and Tønder Festival had to cancel, for the first time ever. This threatened the festival’s financial security. It also meant that many, many local people set an impressive array of initiatives in motion to raise money through donations and contributions to Tønder Festival. The Tønder Festival Circle project was inventive, selling favour wristbands, T-shirts and other merchandise. Two aid concerts were launched.

Currently, all this has resulted in 750.000 DKK being raised for the Tønder Festival Foundation, the festival’s proprietor.

The many donations and contributions stem from the following activities:

An Enormous Thank You

“We are overwhelmed by the aid and deeply touched by the support we have received. We want to thank everyone who has contributed in one way or another. Special thanks go to Brinksgaard and Victoria for their particular initiatives. The funds raised are vital for Tønder Festival, since they will be invested in Tønder Festival 2021,” says Kirstine Uhrbrand, administrative director, Tønder Festival.

Running Tønder Festival in 2021 will be a complicated and financially demanding affair in these corona times. So, regrettably, Tønder Festival Foundation still needs your help.

You can support Tønder Festival Foundation by setting up a sponsorship, by purchasing a favour wristband at the webshop, at the Tønder Festival office, or at a number of shops in Tønder. See more at www.tf.dk

“It has been heartening to see how many visitors Tønder has had in the week up to Tønder Festival and during the weekend the festival should have taken place. People from all over Denmark have maintained their overnight bookings and come to breathe a little of the Tønder Festival atmosphere. Working with Tønder Festival Circle 2020 has been a huge  pleasure. My impression is that this is a festival that will cooperate with their partners so that the town centre can be more integrated into the festival again. We look forward to renewed dialogue here.”

“It’s been great! Masses of respect. What started as a loose idea in corona times became a week of dozens of garden parties and aid events of all sorts. It is fantastic to see this sort of solidarity around our festival. Many thanks to Hans Sjursen of Brinksgaard, trades chairman Stephan Scheelke and not least to Tønder Festival for a super alliance that lifted the whole thing to a new level.”

“We are proud of the result of the consolidated efforts from Café Victoria, the trades chairman and Tønder Festival. Our festival is a trade mark for the town of Tønder, and we must do all we can to keep it going. Both local citizens and lots of visitors from all over shared many fine experiences. The atmosphere at the concerts, events and garden parties was fantastic. Many thanks to all!”