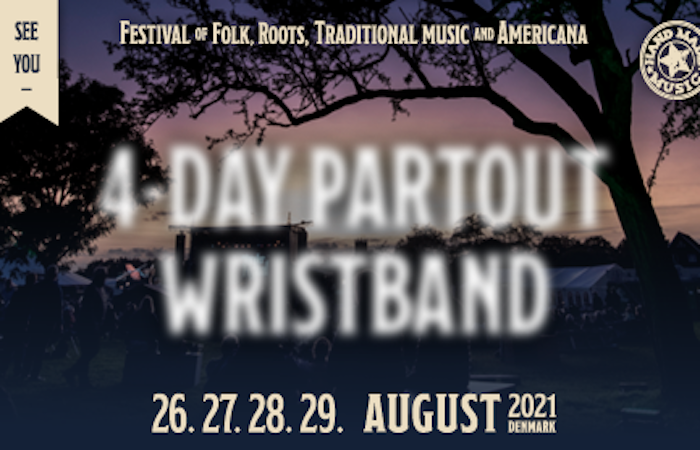 This year’s Tønder Festival, as we all know, has been cancelled. Now we’re looking ahead to next year’s festival, and ticket sales open on 22nd June 2020. Plus: a live stream concert with American musician Chris Smither.

Camping tickets go on sale then, too. Remember that disabled people get a free ticket for their assistant. Read more in the FAQ on the Tønder Festival website tf.dk.

Tønder Festival has to adapt to the new conditions imposed by the Corona crisis. Therefore we have been obliged to add a small price increase to the all-days wristband. The price is now 1690 DKK. The reason for the increase is to cover new stipulations that the authorities may send out to limit the spread of infections. This will add to Tønder Festival’s running expenses. For example, more toilets and washbasins, extensions of distancing regulations and other official demands. Camping tickets go on sale on 22nd June at 10 a.m., too. No price increase there.  One-day tickets go on sale at a time to be announced later.

All of 85% of ticket-holders for the 2020 Tønder Festival chose to extend their tickets to 2021. Many thanks for that! Looking forward to seeing you all at Tønder Festival 2021!

EXTRA:
Tønder Festival, in conjunction with the international bureau Signature Sounds, is offering live streaming concerts. The first concert will be given by American Chris Smither on 28th June at 9 p.m. Danish time. Get on to www.signaturesounds.com/homesessions or Tønder Festival facebook to see the show. More concerts will follow throughout the summer.