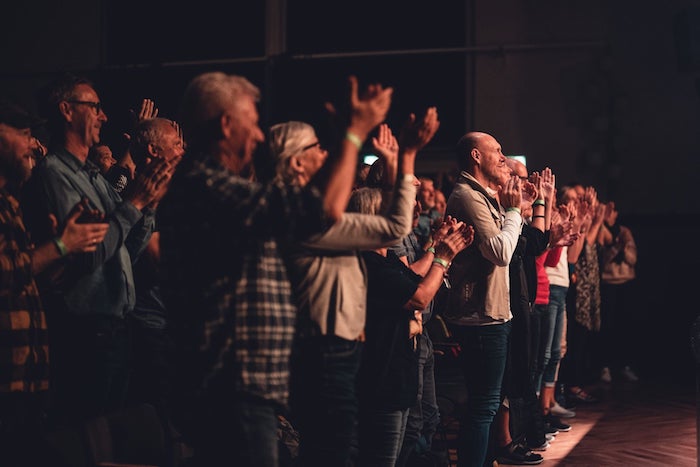 After a glorious week of live music in Schweizerhalle / Tønder Culture Centre and festival-like atmosphere in the streets of the town, now the focus turns to Tønder Festival 2022.

Two years without Tønder Festival have been trying times for all of us. But our optimism and music enjoyment will always carry the day, defeating even corona. This past week, from Thursday 20 August until Sunday 29 August – has seen an alternative Tønder Festival: a series of successful and well-attended concerts in Schweizerhalle / Tønder Culture Centre and the town centre throbbing with the vibe. Tønder Festival occupied a shop in the pedestrian precinct, offering live music and loads of festival atmosphere. The streets of Tønder were aglow with festival life, and there was live music at Hagge’s Music Pub and many other venues in town.

Get Your Ticket for Next Year’s Tønder Festival
Now you can set your expectations alight. Ticket sales for Tønder Festival 2022 open on 2 September 2021 at 10 a.m. on www.tf.dk. All-in tickets will go on sale for 1700 DKK plus fees.

The first names on the Tønder Festival 2022 artists’ roster will be announced shortly.

After nine tremendous days in Tønder, the Tønder Festival management would like to thank everybody who contributed for their support, not least the volunteers, who made it possible to run the alternative festival.