"I sing in the Greenlandic language, but I'm not singing about Greenland. I'm singing my own thoughts," says 66 year old Rasmus Lyberth, who is appearing at this year's Tønder Festival.

"It has always amazed me that people who come to my concerts can travel in their imaginations all the way to Greenland. The songs are not even about Greenland," laughs Rasmus Lyberth. At first, Rasmus Lyberth sang in Danish and in English. Then, when he was still quite young, he began singing in Greenlandic. "It was a principle for me, that the world should hear the Greenlandic language, even though most listeners don't understand what I'm singing. "People listen to me and they have their own dreams, which lead them to Greenland."

Rasmus Lyberth is not inspired by Inuit folk music like the songs that accompany drum dancing. "I like listening to the traditional Inuit drum songs, but that's not what I sing," he says. When Greenlander Rasmus Lyberth was a child, he was fascinated by the theatre and singing. But his father wanted him to be a sailor. His father could not travel himself. He was stuck at home in his Greenland village, because of his tuberculosis.

Rasmus Lyberth signed on and sailed from Greenland, but he never forgot his fondness for singing. One day in Finland, looking over the harbour, he had a vision. He saw his future – he saw himself sing for a large audience. Ungak - little brother in Greenlandic - was his name then. But he 'met' young Rasmus, as his story goes, and he told the ship's captain that he was destined to be a singer and actor, not a sailor. 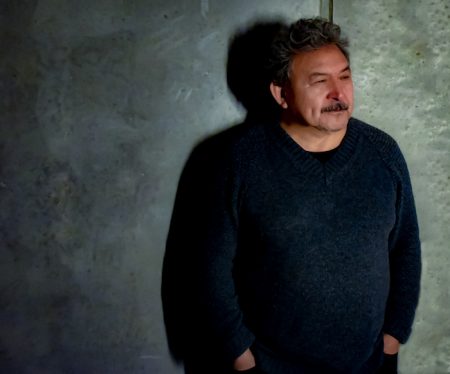