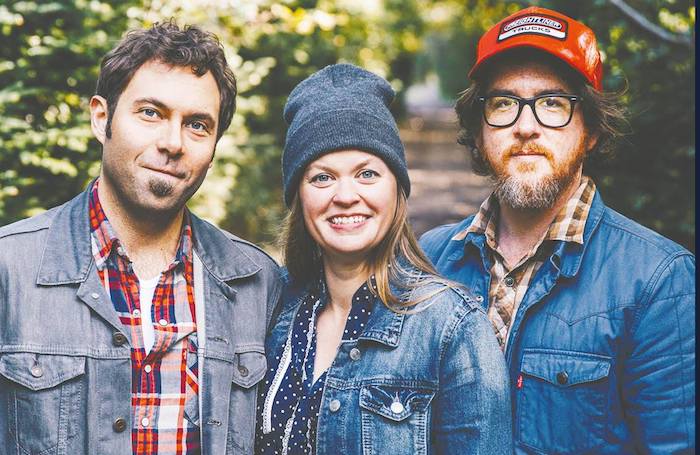 Sean Rowe (USA)
A voice from the deepest basement, an acoustic guitar and songs with loads of soul. Since 2004, American Sean Rowe has made five solo albums, New Lore from 2017 being the latest. He is touring Europe in December 2019 and playing his first Tønder Festival in 2020.
www.seanrowe.net

The Once (CAN)
An acoustic trio from Newfoundland in Canada, The Once have been on the go since 2009, furthering Newfoundland’s proud songwriting, musical and poetic traditions. The trio have built their reputation on their fine interpretations, and are noted for their talented vocal harmonies.
www.theonce.ca

Mike Elrington (AUS)
When six-foot Mike Elrington hits the stage, his audience is in for a powerful experience. His unpolished singing, accomplished guitar playing and bluesy, roots-rock songs have made him a big name in Australian music. He won the 2016 award as Singer/Songwriter of the Year at the Australian Independent Music Awards.
www.mikeelrington.com

Mo Kenney (CAN)
Mo Kenney from Nova Scotia in Canada is rapidly building a name for herself both at home and internationally. The 29 year-old singer, songwriter and guitarist has toured with the likes of Ron Sexsmith and Joel Plaskett. The latter produced Mo Kenney’s debut album in 2012.
www.mokenney.com

Friel Sisters (SCO)
Sisters Anna, Sheila and Clare Friel were born in Glasgow, but their family’s roots lie in Donegal Gaeltacht in north west Ireland. They sing, play fiddle, flutes and uilleann pipes, and are hugely successful in bringing traditional Irish folk music to the stages of Europe, USA and Asia.
www.frielmusic.com