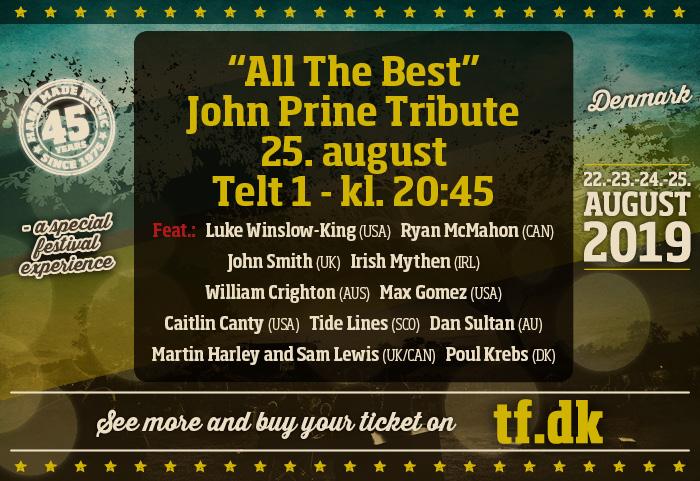 The man himself is off sick. In his stead, a whole cavalcade of his fellow musicians are stepping up to honour songwriter John Prine on Sunday evening in Tent 1.

Last week, the regrettable news came that John Prine was ill and had to cancel his forthcoming European tour. The 72 year-old American songwriter was to have given a concert on Sunday evening in Tent 1 at Tønder Festival.

Now, there is a new programme on Sunday evening, but Tønder Festival’s audiences will not miss out on John Prine’s great songs. Many musicians and songwriters have agreed to perform at a mammoth tribute concert under the heading All The Best – John Prine Tribute.

“We would like to thank all the musicians who immediately offered their services. This will be a grand slam show!” says Maria Theessink, Tønder Festival artistic director.

John Prine will be back with a concert on Sunday, August 30th at Tønder Festival 2020.