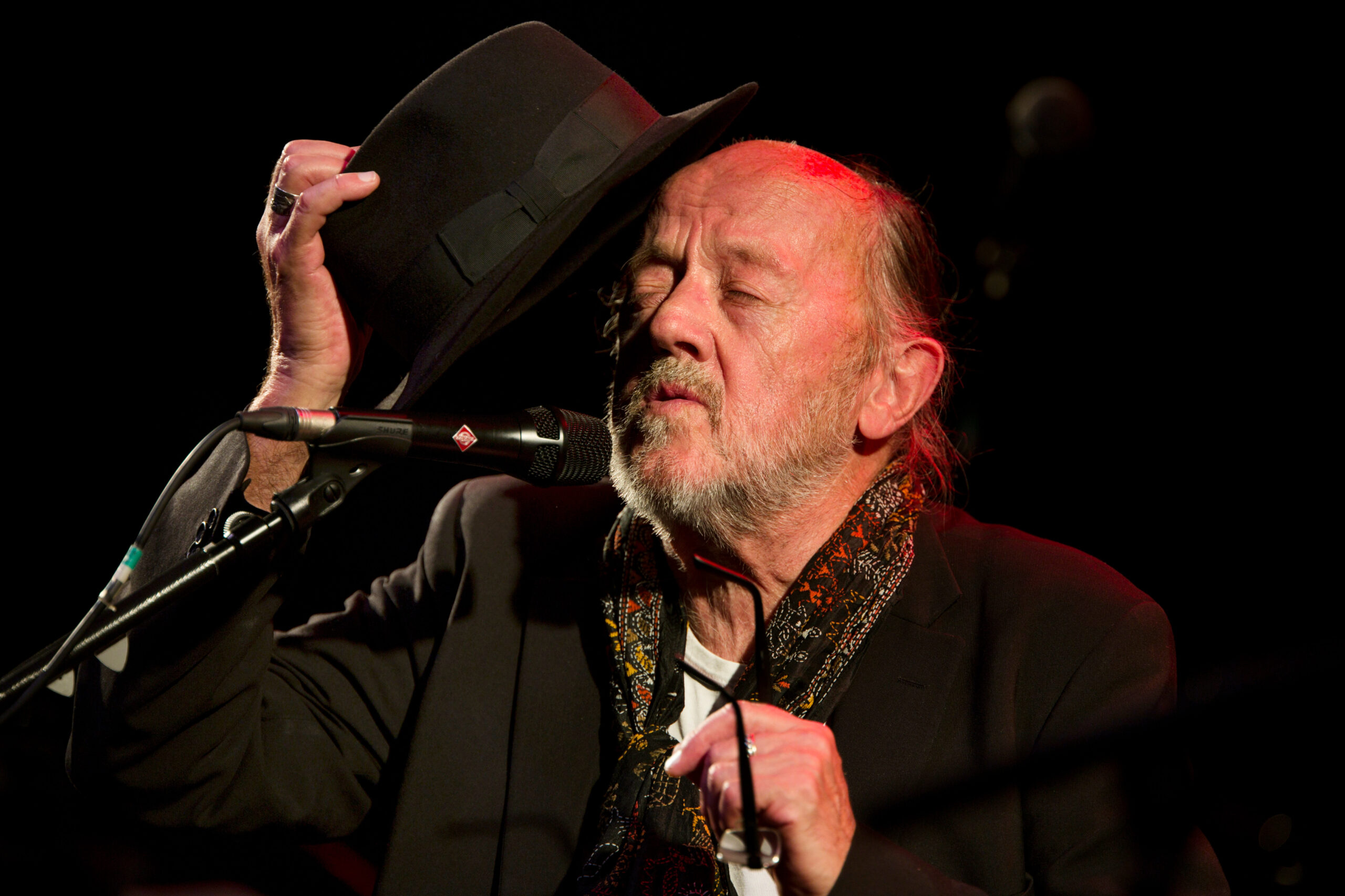 One of Denmark’s most significant musicians is to be first member of the newly-started Hall of Fame for folk and roots music. 83 year-old Povl Dissing will receive this accolade at the Danish Music Awards Roots on 27th November 2021 in Tønder.

Folk music set up its Danish Hall of Fame in June 2021 in Tønder. The aim is to draw attention to Danish and international folk and roots music and to honour selected musicians. The first of these musicians to receive the award and memberhsip of the Hall of Fame has now been named. And it is that well-loved, original Danish singer who has made an indelible mark on Danish music history: Povl Dissing.

Tribute at DMA Roots
Povl Dissing will receive his honour and be officially proclaimed the first member of the Hall of Fame at Danish Music Awards Roots 2021, which takes place on 27th November in Schweizerhalle-Tønder Culture Centre. The jazz guitarist Jakob Bro will perform a 25 minute piece inspired by Povl Dissing’s legendary song 25 minutes to Go.

Povl Dissing’s membership of the Hall of Fame will be motivated by lyricist, radio journalist and former director of the Aarhus Festival Week, Jens Folmer Jepsen, who is writing a Povl Dissing biography.

Art work in Wood
Povl Dissing’s Hall of Fame membership will take tangible form, too: a work of art in prose and wood created by author and artist Sanne Flyvbjerg and artist and sculptor Søren Assenholt. The work consists of a bust in wood and a lyrical tale. The artist couple have worked with Tønder Festival for some years and have created likenesses of musicians at the festivalen.

Povl Dissing – an inspiration to all
“We are honouring Povl Dissing in this way, because he has been giving us joy since the early 60s, from a love/hate relationship – Dissing’s early use of his voice as an instrument divided the Danes – to the point where he is now a treasure for several generations. Povl Dissing has influenced the whole country’s musical life, inspiring singers and muscians of all styles. He is the first member of Denmark’s folk music Hall of Fame, because for him the music has always been the focal point, never the money. That’s a perfect match for the Tønder Festival ethos and all our initiatives,” says Poul-Henrik Jensen, chair of the Folk Music Centre in Tønder and vice-chair of Tønder Festival Foundation.

Popular across Generations
Troubadour, jazz cornetist, folk musician, Danish blues man, provocateur, steward of the song tradition, popular artist – Povl Dissing, who was born on 27th January 1938, is all of these and more. He has enlivened the Danish musc scene since the 1950s and, down the decades, made his mark on Denmark’s musical history. Notably, his duo work with Benny Andersen, in particular the release of  Svantes Viser (Svante’s Songs) in 1973 brought Povl Dissing national attention. The album became part of the official Danish culture canon. In the 60s, many found his hoarse voice and eccentric interpretations of Danish folk favourites controversial. But growing numbers loved his mannerisms, and songs like 25 minutter endnu (25 Minutes to Go) and Lad mig blive noget (Let Me Be Something) made a name for Dissing. One artistic peak was his album Dissing, also known as Nøgne øjne (Naked Eyes) from 1969 with The Beefeaters. Povl Dissing’s work with Benny Holst, Peter Thorup, and Burnin’ Red Ivanhoe is also significant, as is the music he has made more recently with his sons Jonas and Rasmus and guitarist Las Nissen in the band Dissing, Dissing, Las and Dissing. The Tønder Festival audience in 2013 were treated to the delight of an afternoon show in Tent 2 when Povl Dissing’s 75th birthday was celebrated by his band and guests, including Benny Holst, Allan Olsen and Niels Hausgaard.

See more on the folk and roots music Hall of Fame at https://tf.dk/nyhed/hall-of-fame